Researchers develop a non-invasive test for smoke contamination in vineyards

Researchers from the universities of Melbourne and Adelaide have trialled a non-invasive model for detecting smoke contamination in grapevines, helping farmers to ensure quality production in increasingly challenging environments.

Led by University of Melbourne Associate Professor Sigfredo Fuentes from Faculty of Veterinary and Agricultural Sciences, the study used rapid in-field techniques to determine whether grapes have been contaminated by smoke.

Using machine learning algorithms, infrared and near-infrared thermography data, the researchers were able to predict with 96 per cent accuracy whether the grapes were contaminated.

These methods allow farmers to test grapes without picking and destroying them, assisting with vineyard management.

“As bushfires become more common and intense due to climate change, viticulture is increasingly at risk of smoke contamination producing smoke taint in wine,” said Professor Kerry Wilkinson from the University of Adelaide’s School of Agriculture, Food and Wine.

This problem extends to many of the world’s other wine regions, including Greece, Chile, parts of California and South Africa experiencing some of their worst bushfires in history in recent years.

When there is a bushfire the smoke that passes over a vineyard produces carbonic acid, a compound that reduces the pH in the stomata – the pores in the outside of leaves – forcing them to close. Meanwhile the fruit itself absorbs the smoke-derived volatile phenols. These compounds are extracted during the final wine making process and lessen the quality of the vintage.

Professor Sigfredo Fuentes said: “It is important to be able to detect smoke contamination because the removal of taint from wine isn’t selective and can inadvertently remove important compounds, affecting the taste and sensory experience of the wine.”

The study took place in the 2009/2010 season using seven different cultivars at two locations in South Australia. Tents were set up around select grape vines in order to expose the vines to smoke which was produced by burning straw. The grapes were tested against a control of unexposed vines.

Australia’s wine industry contributes an estimated $40 billion to the economy. The study hopes to pave the way for affordable, accurate non-destructive screening tools for farmers to use. 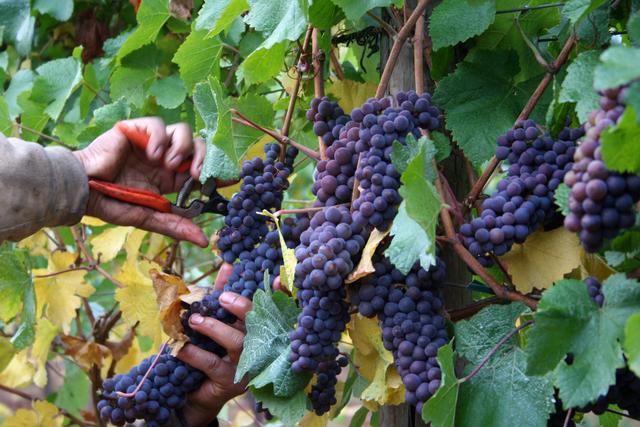