University of Adelaide research has discovered that drugs used in the treatment of certain brain disorders, including epilepsy, also alter the signalling process in plants under stress.

Published in the journal The Plant Cell, the finding uncovers a key mechanism in the response of plants to stresses in their environment – an important step towards breeding more stress-tolerant crops.

The research has been carried out by researchers in the Australian Research Council Centre of Excellence in Plant Energy Biology and other scientists at the University of Adelaide’s Waite campus.

“Our earlier research discovered that plants respond to environmental stresses with a similar combination of chemical and electrical responses to animals,” says Professor Steve Tyerman, chief investigator with the ARC Centre of Excellence in Plant Energy Biology at the University of Adelaide. 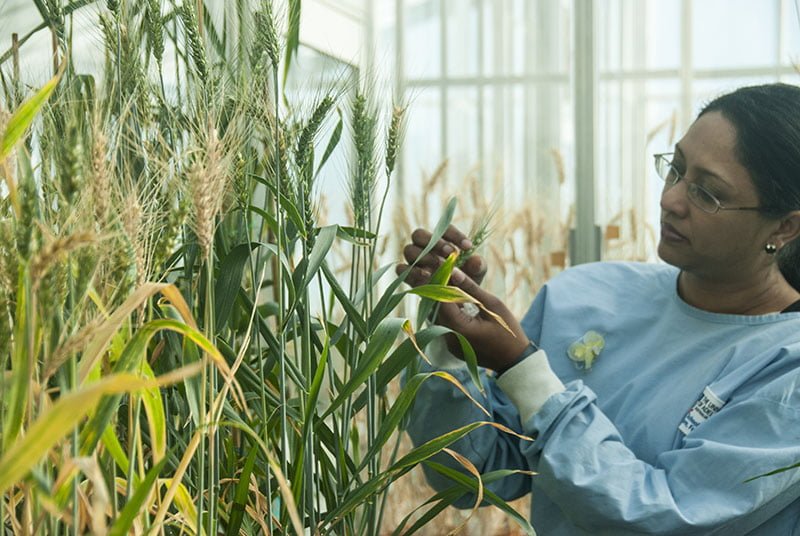 “We showed that a mammalian neurotransmitter – called gamma-aminobutyric acid (GABA) – that is produced by plants under stress such as drought or salinity, acts as a signal in plants like it does in animals, although through systems specific to plants.

“GABA, an important signalling molecule in the human brain, is emerging as being equally important in plants. GABA levels change rapidly in plant cells under stress, such as when exposed to acid soils. But until now, we did not know how and why GABA levels in plants changed.”

By manipulating internal GABA levels using drugs that regulate GABA in humans and other animals, the researchers discovered a relationship between GABA levels in the plant and the activity of a wheat transport protein important in acid soil tolerance.

“Our study showed that the expression of the protein reduced GABA levels in the plant cells of roots in the toxic soil, by allowing GABA to move out of the cells,” says lead author Dr Sunita Ramesh, Senior Research Associate, University of Adelaide (pictured). “We suggest this is allowing communication of the degree of stress to other cells, enabling a metabolic response by the plant to the stress.

“By understanding the role of GABA as a stress signal, we will have a new tool in the efforts to breed more stress-tolerant crops to improve crop yields around the world and boost food security,” Dr Ramesh says.

The researchers say that because drugs are able to interact with proteins in the GABA-signalling system in both plants and animals, future work on other plant GABA signalling agents could potentially benefit the medical field.