So when University of Adelaide researchers discovered a new type of lactic acid bacteria, they wanted to pay homage to someone who allowed them to continue their work during the height of the COVID-19 pandemic.

“We decided to name the new bacteria after Nicola because she led a science-based strategy to manage the pandemic in South Australia to prevent COVID-19 from spreading before vaccines were available,” said PhD student Scott Oliphant, from the University of Adelaide’s School of Agriculture, Food and Wine.

“This allowed us to continue our research when many labs around the world were shut. 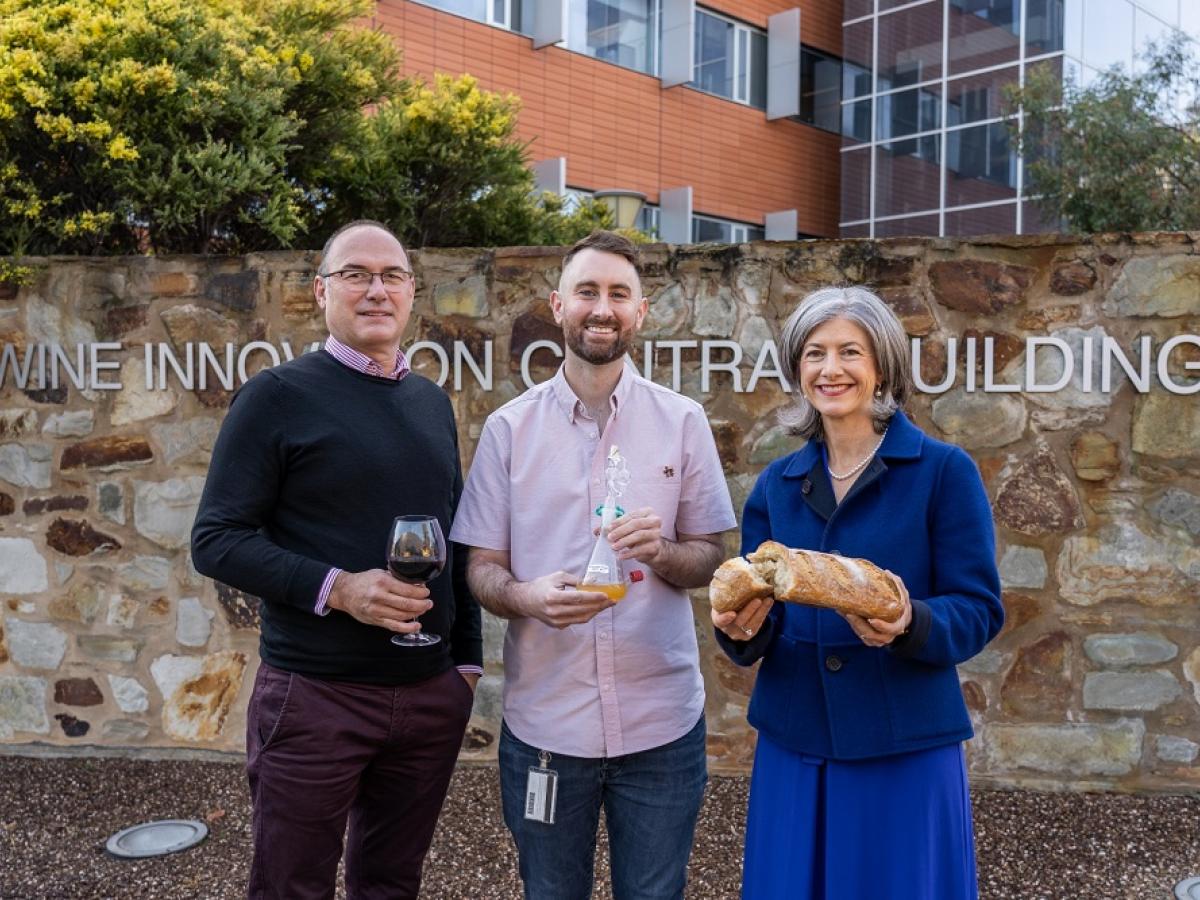 Professor Vladimir Jiranek (left), Head of Wine Science at the University of Adelaide and PhD student Scott Oliphant (centre) with the lactic acid bacteria named in the honour of South Australia’s Chief Public Health Officer, Professor Nicola Spurrier. The bacteria may potentially be used in sourdough bread and the fermentation of wine. Photo: The University of Adelaide.

“We are grateful to Nicola for her leadership during a challenging time for the state during the past two years.”

Professor Spurrier said she was extremely honoured to have a new type of bacteria named after her.

“My father Dr Ross Smith was a clinical microbiologist for the University of Adelaide’s School of Medicine for many years – this would have given him much pleasure if he was still alive,” Professor Spurrier said.

The Nicolia spurrieriana bacterium was discovered – along with three other species – when researchers were analysing micro-organisms on stingless bees.

This discovery is the first description of lactic acid bacteria found in stingless bees in Australia. The bacteria were found to be abundant in both the bee and the honey it produces.

Considering the broad use of lactic acid bacteria in both the food and medical industries, the opportunity to employ new strains or species could improve processing and economic efficiencies of existing fermentations or enable new processes.

“This means it could very likely contribute to unique characteristics in food fermentation processes, such as in the creation of bread or pickling various foods. We will also test its ability to aid in winemaking … everybody loves unique flavours in wine, as long as they are delicious.”

Lactic acid bacteria have many benefits including suppression of spoilage agents in food or pathogenic organisms in animals. These are versatile microbes that can be utilised in many ways including producing probiotics, sour dough bread, cheese, sour beers, and contributing to the fermentation of wine and ciders.

Considering the broad use of lactic acid bacteria in both the food and medical industries, the opportunity to employ new strains or species could improve processing and economic efficiencies of existing fermentations or enable new processes.

Through the generosity of Dr Tim Heard of Sugarbag Bees, Dr Scott Groom from The University of Adelaide was able to collect samples from Brisbane-based native beekeepers.

Field samples of bees and honey cells were taken back to the Jiranek lab, where their native microbes were isolated. After purified microbes were obtained, long read whole genome sequencing was used to determine the taxonomic status.

Bacteria are metabolic powerhouses, and their differences are usually seen in what things they can consume, and what interesting products they produce. These differences are all rooted in their DNA.

The corbiculate bees, which includes honey bees and stingless bees, have been shown to harbour an abundance of lactic acid bacteria and share a suite of core species between them.

The microbiome of Australian stingless bees is especially dynamic, showing large variation in composition reflecting their diverse environment and the resources they use. 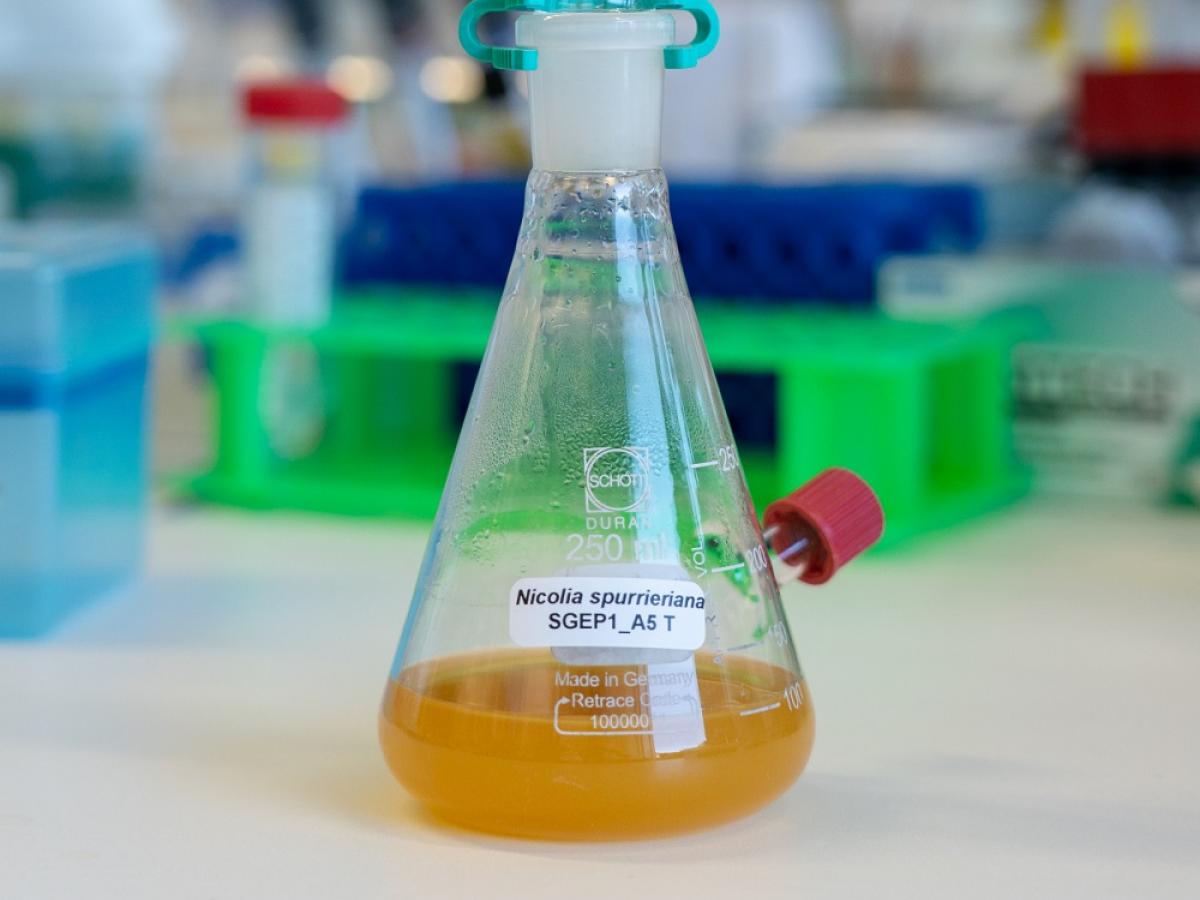 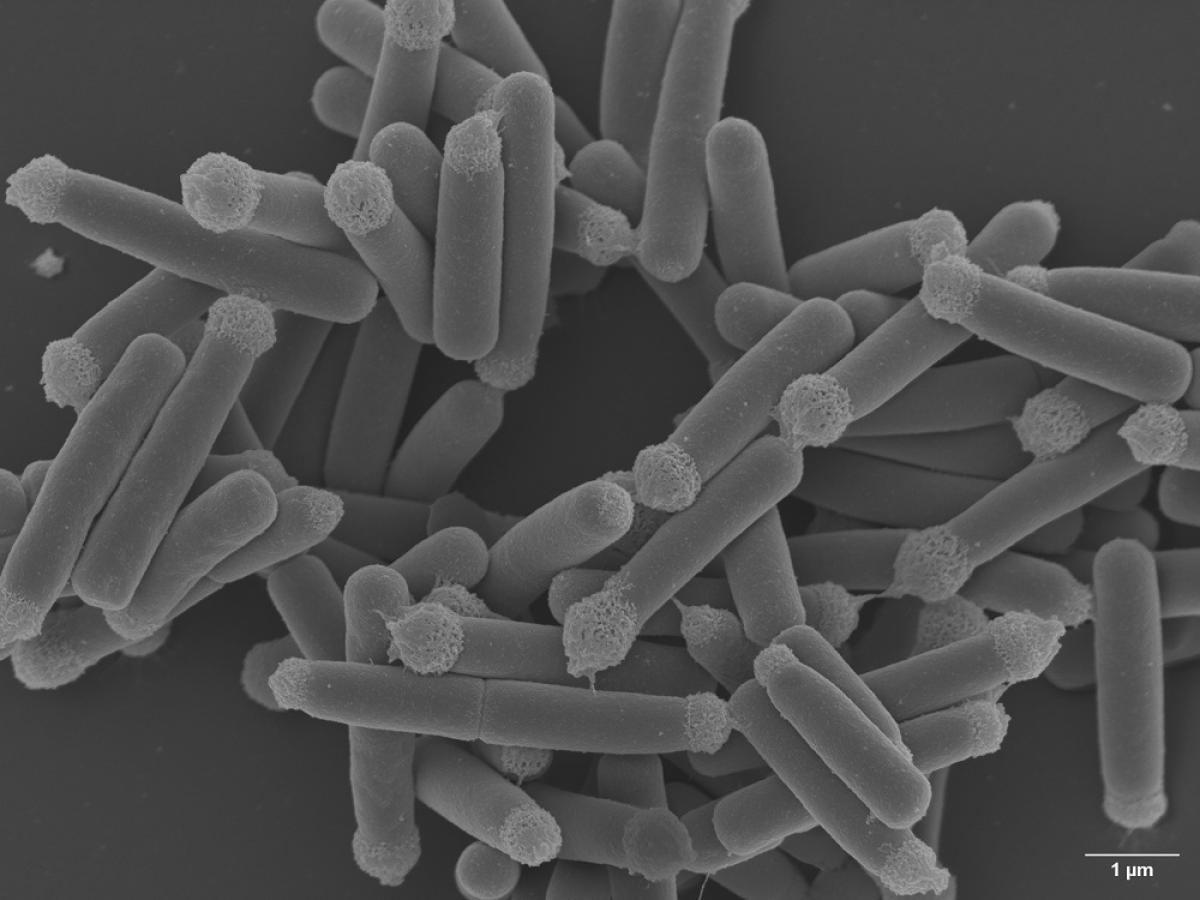 Original media release on Tuesday 13/9/2022, on University of Adelaide Newsroom.