There is no doubt that Europeans brought a culture of brewing and consuming alcohol during their early migration and colonisation of Australia.

But there is also evidence that Aboriginal people were already aware of fermentation processes to make beverages, in much the same way that many other cultures around the world have done for millennia.

For example, social anthropologist Maggie Brady’s 2008 and 2014 work pulls together early European accounts of some Aboriginal practices. They involved the collection and production of sugar-rich solutions and extracts followed by an “incubation” to allow fermentation to occur.

I’m interested to know more about the nature, composition, flavour and aroma of the materials used in any Aboriginal fermentations, as well as the microbiology involved.

When members of the Tasmanian Aboriginal Centre (owners of the Trawtha Makuminya reserve) heard about this project, they kindly invited my research group to examine and sample Eucalyptus gunnii trees on their reserve.

A drink from sap

The Eucalyptus gunnii trees originate from the Central Highlands of Tasmania at about 1,000 metres above sea level. Perhaps the easiest material to use from these trees is the sap.

Dotted around frost hollows in poorly drained soils, prone to extreme cold, attack from animals and insect borers – presumably for the sugary bonanza they represent in their environment – the trees appear to cling to existence. 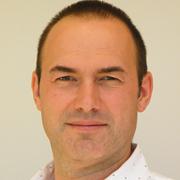 Vladimir Jiranek, Director of the ARC Training Centre for Innovative Wine Production and Professor in Oenology, University of Adelaide

This article was originally published on The Conversation. Read the original article.

One subspecies (divaricata) is listed as endangered, and is apparently suffering the effects of climate change and grazing.

In the past, Aboriginal people tapped the trees to allow the sap, resembling maple syrup, to collect in hollows in the bark or at the base of the tree. Ever-present yeast would ferment the liquid to an alcoholic, cider-like beverage that the local Aboriginal people referred to as Way-a-linah.

The practice was adopted by the European settlers, such that when the species was described in 1844 for the first time by the British botanist Sir Joseph Dalton Hooker it was already known as the cider tree or cider gum.

In the absence of any detailed investigation of cider gum sap and the indigenous microflora inevitably associated with it, work was initiated late in 2016 to collect samples for analysis and yeast isolation.

Considering the remoteness of the trees, it was hoped they would yield novel strains of known yeasts, if not new species. Over the course of two field trips to central Tasmania, some 20 trees scattered across three large reserve areas were sampled.

Given their endangered status, no tapping was performed, nor was any required given pre-existing flows via fissures in the bark or holes produced by boring insects. The presence of exposed runs readily attracted insects and supported a microbial population evident from the distinct vinegar-like aroma detected as one approaches the trees.

About 130 samples of sap droplets on the trees or larger volumes from pools, bark and soil were collected.

Compositional analysis revealed sugars such as glucose, fructose and maltose as well as several organic acids and alcohol (ethanol). Across the samples there were clearly differences in the extent to which they had already fermented.

Thus sugar contents ranged from trace to several hundred grams per litre, while ethanol ranged between 0-6% alcohol by volume. By comparison, a full strength beer or cider contains about 5% alcohol. Clearly the indigenous microflora are capable of producing an alcoholic beverage without needing human encouragement.

Extraction of DNA from relevant samples, followed by sequence-based attempts to identify the fungal species present (yeast is a micro fungi) revealed a highly variable and complex microbial population with between 10% and 90% of all sequence fragments failing to align with a known fungal genome.

In some cases these unknowns will have arisen out of sequencing issues or limitations in online fungal genome sequence databases. But new species or genera of yeast are possible and at least new strains of known yeast are highly likely. Certainly the uniqueness and isolation of the source sites would suggest this.

Since the above sequencing approach only recovers DNA, effectively telling us what was in the samples, parallel efforts sought to recover living yeast by traditional microbiological culture methods. To date we have preserved a small subset only, but even this represents about 1,500 individual isolates.

All are undergoing sequence-based identification. It’s noteworthy that the typical beer/wine/baking yeast, Saccharomyces cerevisiae, is virtually absent, while so-called non-Saccharomyces species such as Hanseniaspora osmophilia and H. valbyensis predominate.

Previously isolated examples of H. osmophila have been linked to high sugar environments (e.g. dried grapes) and are able to produce ferments with up to 11.6% alcohol, well within the level anticipated in fermented cider gum sap.

Interesting properties have already been observed including good growth at low temperatures – lower than is tolerated by non-Saccharomyces that are already sold for wine fermentation. Such cold tolerance makes sense given the very harsh winters that are common where cider gums are found.

We are also looking to identify all recovered isolates. In some cases this has only been possible to a genus level – perhaps implying new species. In other cases no definitive identification could be made, suggesting entirely new species.

As our work progresses we will publish our findings and report back to the Aboriginal communities that have supported the study. We have also begun to extend the study to other substrates as well as the anthropological and cultural significance of these unique fermentation practices.