Winemaking at Waite and the Roseworthy legacy

Peter Godden is the Manager of Industry Engagement and Application at the Australian Wine Research Institute (AWRI), which is based here at the Waite Campus.

Peter (pictured right at the Waite winery) was one of the first group of students to graduate in winemaking under the University of Adelaide banner, following the merger with Roseworthy Agricultural College on the 1st of January 1991, and won three of the four prizes for his year.

In his twenty years on the Waite Campus, Peter has been intimately involved in wine research, teaching and industry education, as well as his own small-scale winemaking business. Consequently, he is ideally placed to provide a perspective on the changes in winemaking teaching which resulted from the Roseworthy merger, the subsequent move to the Waite Campus, and what is required to ensure that our graduates remain suitably equipped to steward the future success of the Australian wine industry, including a new winery at the Waite. 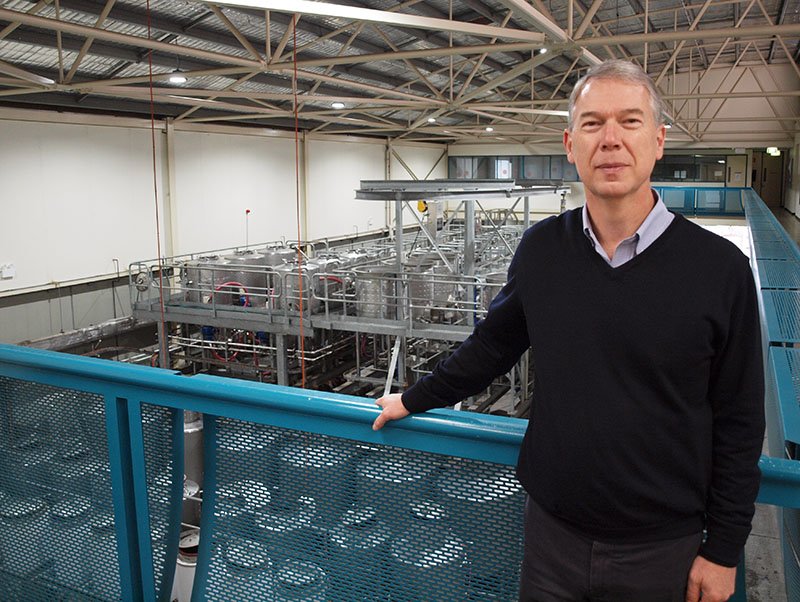 The twenty years I’ve been working at the AWRI on the University of Adelaide’s Waite Campus, has been a thoroughly stimulating and rewarding period of my career. One of the most rewarding aspects has been my interaction with winemaking students, especially in the Waite winery, and with the teaching staff, several of whom had been my lecturers just six years before I began working here.

Roseworthy College was a very collegiate environment where you made friends for life, and I was very lucky to be associated with the other students at college while I was there, many of whom have gone on to do fine things for our industry. However, at that time there was a rationalisation of tertiary education institutions nationally. Roseworthy could no longer stand alone, and a merger occurred with the University of Adelaide. 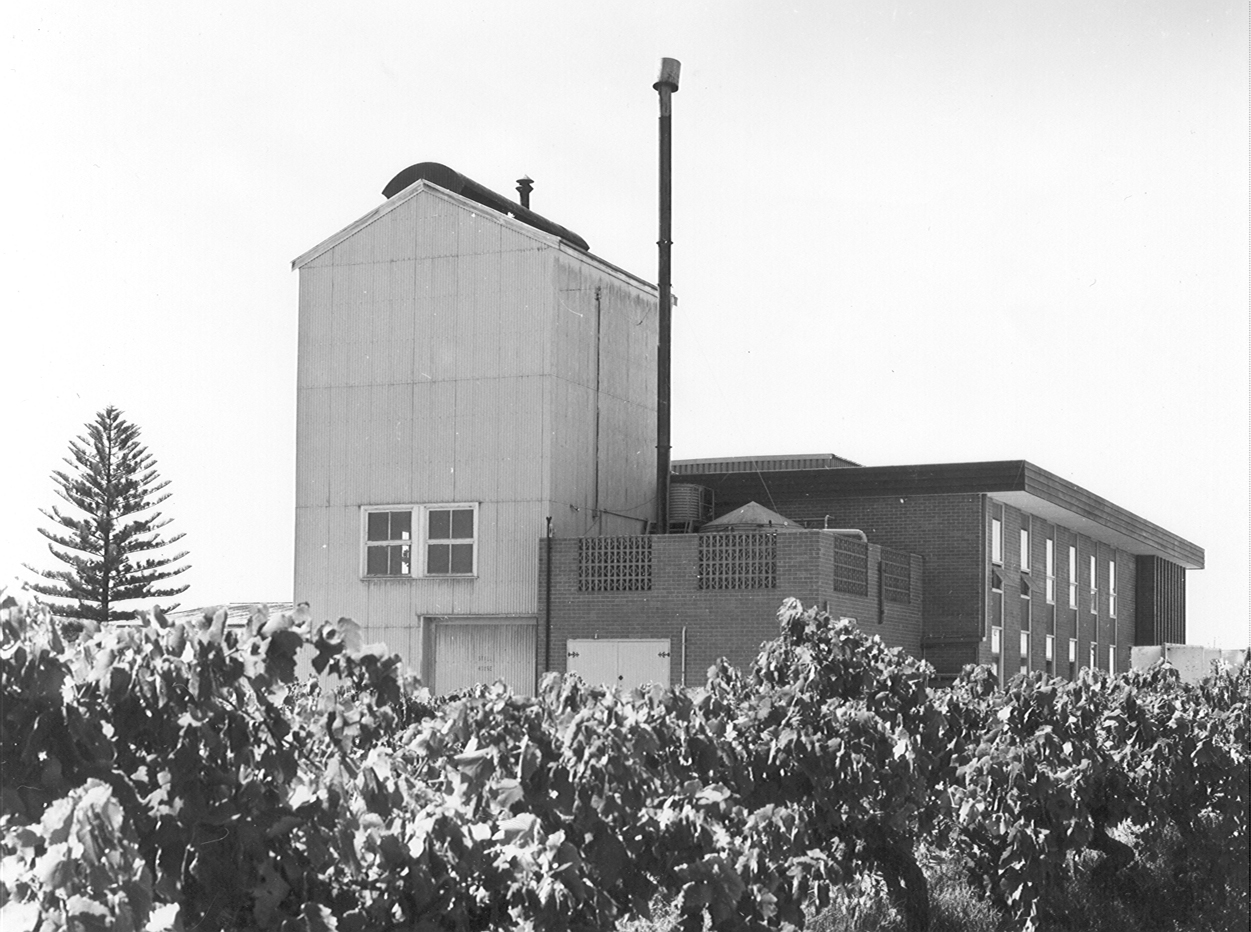 The Winery building at Roseworthy, c.1980,
University of Adelaide Archives

My three years at Roseworthy went quickly, and when I graduated in 1991 I chose the old-style Roseworthy parchment (pictured right), ‘Conferred by the authority of the Council of the University of Adelaide’ – the best of both worlds. That was one of the things Harold Woolhouse had promised.

I believe that the inclusion of the word ‘Roseworthy’ in the official name of the new Waite winery (Hickinbotham Roseworthy Wine Science Laboratory) was also due to Harold.

The following year, the Managing Director of the AWRI also became the Chair of Oenology within the University’s Department of Horticulture, Viticulture and Oenology as it was then known, with the AWRI having made a substantial contribution to the University for endowment of the Chair, and to construct the winery. This model was in place until 2008 and worked well, with graduates from that era quickly rising to leadership roles within the industry during a period of unprecedented industry growth.

The role of extension and technical services manager at the AWRI became available in July 1997, and after five years making wine in Australia, Italy and France, and two six-month stints teaching for a variety of organisations, I applied. As part of that role I regularly lectured to the winemaking students, with content drawn largely from the work of my team, and that of other colleagues at the AWRI.

I didn’t do any formal winemaking teaching in the winery, but spent countless hours there with students over the years, particularly during vintage. One of the best ways to learn for yourself is to teach, and working with students with their one-tonne batches of fruit, and listening to their ideas, and trying to give them some guidance, was very rewarding. The look on students’ faces when they press their first red wine is something every winemaker can empathise with – it is a priceless moment.

This was during our second year, meaning that our third and final year would be taught under the auspices of the University. As the final year cohort, we were not happy, and many of our concerns revolved around the loss of the Roseworthy name, which professionally had great meaning for us. I had direct experience of this in 1990, when I made a cold-call at Domaine Armand Rousseau in Burgundy on a Sunday afternoon. I met the great Charles Rousseau, who was pruning the roses in front of his house, and in my broken French I explained that I was a winemaking student from Australia. He asked if I was from Roseworthy, and that word alone was a ticket to a fabulous tasting and great hospitality. And after all, how many winemakers in Burgundy, or elsewhere in the world, had ever heard of Adelaide?

We were bussed down to the AWRI where the then Director, Terry Lee, told us about the Waite Campus, its synergies with Roseworthy, the benefits of co-location with the AWRI, and the new winemaking facility which was being planned. We were assured that we would be better off with winemaking being taught in the city. We were still not convinced, but Terry was right, as was Professor Harold Woolhouse who came to spend a day with us at Roseworthy. He was a lovely insightful person, and listened to our concerns, and acted promptly on the things he could change. The Waite Campus library, which was built a few years later, was named in his memory.

Small-scale commercial access to the winery was arranged for Waite Campus staff when the winery was equipped, starting in 1999. This largely resulted in the formation of winemaking syndicates for home consumption, but there were a few of us who launched small-scale commercial operations, and I was extremely lucky to have such access to the winery to make my own wine. I have also been involved in a lot of research winemaking in the winery, and the capacity of the equipment that was installed between 1999 and 2001 was tailored to one-tonne lots, both for teaching and because that was the scale that industry wanted for research.

There is no doubt that the University and the incorporated Roseworthy College have a proud tradition of creating graduates who have largely built the modern Australian wine industry, which despite its ups and downs, has cemented a prominent place and reputation in the wine world.

The past twenty years have been a period of rapid technological change, which has largely been driven by the industry’s investment in research at the AWRI, the University, and other providers.

In conclusion, there can be no doubt that moving winemaking from Roseworthy to the Waite Campus, and co-locating winemaking teaching with the AWRI, and later other Waite Campus partners in the Wine Innovation Cluster (WIC) was visionary, and has been a success.

The WIC comprises nearly 70% of Australia’s grape and wine research capacity, and the benefits of linking viticultural and winemaking teaching to that capability are obvious.

More recently there has also been substantial investment in research infrastructure on the campus, with the construction of the WIC Central Building, which houses the AWRI and many staff of the School of Agriculture, Food and Wine.