The Waite’s Professor Rachel Burton (pictured) is among 30 female scientists and technologists named the first Superstars of STEM – ready to smash stereotypes and forge a new generation of role models for young women and girls.

More than 300 applicants vied for a spot to be a Superstar, with the successful candidates to receive training and development to use social media, TV, radio and public speaking opportunities to carve out a more diverse face for science, technology, engineering and mathematics (STEM).

Announced today by the Minister for Industry, Innovation and Science, Senator the Hon Arthur Sinodinos AO, the women will learn how to speak about their science and inspire others to consider a career in STEM.

Science & Technology Australia President-Elect, Professor Emma Johnston, said studies in the USA and other countries similar to Australia had shown female STEM professionals were significantly under-represented. “Superstars of STEM is the first program of its kind and will prove vital for the future of STEM in Australia,” Professor Johnston said.

“Often when you ask someone to picture or draw a scientist, they will immediately think of an old man with white hair and a lab coat. We want Australian girls to realise that there are some amazing, capable and impressive women working as scientists and technologists too, and that they work in and out of the lab in places you might not expect,” she said. 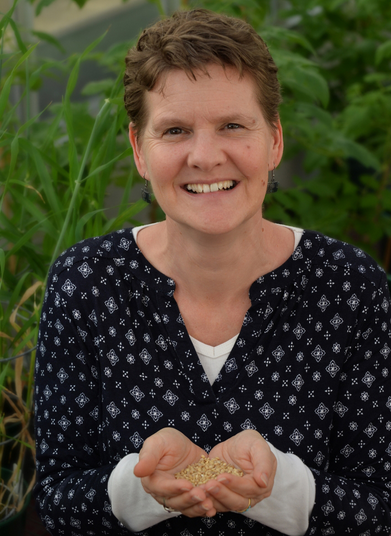 Rachel is a plant scientist and molecular biologist within the School of Ag, Food and Wine and the ARC Centre of Excellence in Plant Cell Walls, passionate about plant cell walls and all the useful things they can do for us. She is interested in the ways that the parts of the cell wall are made and put together but even more intrigued by how they are disassembled or fermented in the human gut, because they are the crucial dietary fibre element of our diets. She is also interested in renewable biofuels and believes that different plant feedstocks will fundamentally underpin this industry.

The program is an initiative of Science & Technology Australia, with funding support from the Department of Industry, Innovation and Science’s Women in STEM and Entrepreneurship grant program.Participants in this world-first program hail from nearly every state and territory; from the public, academic and private sectors; and from all sorts of scientific and technological backgrounds.

“Over the next year, we look forward to working with partners like Women in STEMM Australia; the Australian Science Media Centre; GE and many others to provide these 30 Superstars with valuable communications skills and opportunities to use them,” Professor Johnston said.

“We will be working to make sure you’ll be seeing many more women on your TV screens, hearing them on your radios, and reading about them online.”

“We also hope to support many more women in the years to come by extending Superstars of STEM beyond its pilot year. The universal popularity of the program in its inaugural year shows there is great interest for it to continue.”

The Superstars of STEM program will also include a mentoring component, designed to link participants with inspiring women in their sector who can provide insights into leadership in their field. Participants will also be required to share their stories at local High Schools to ensure they are connecting with young Australian women with an interest in STEM.

Of the final 30, 8 are from Victoria, 8 from New South Wales, 5 from South Australia, 5 from Queensland, 2 from Tasmania and 2 from the ACT. You can meet them by heading to the Superstars of STEM page.

Congratulations to Rachel and to all the other Superstars of STEM!