This month’s Australian almond harvest will provide the best commercial indication yet of the success of new self-fertile varieties as the industry looks for ways to combat a decline in bee populations.

Six new varieties developed by scientists from the University of Adelaide’s School of Agriculture, Food and Wine were commercially released in Australia in 2016 and 2017 with four of them self-fertilising.

Since then, 204,000 budwood cuttings have been have been sold to nurseries by the Almond Board of Australia with the varieties Carina and Maxima proving the most popular so far.

Many of the young trees planted in commercial orchards are now almost four years old and will produce commercial quantities for the first time this harvest, which begins at the end of February and runs through to April.

Tertiary trials of 100 trees from each of the six varieties were planted in 2013 at three sites along the River Murray in South Australia and Victoria. These trees are also at a critical stage as almond trees usually reach full production after seven or eight years.

The University of Adelaide has run the National Breeding Program for two decades, leading to the commercial release of the new varieties. The program is funded by Hort Innovation, with almond industry levy funds.

Three of the varieties – Carina, Mira and Maxima – have semi-hard shells while Vela is a soft shell, Rhea a paper shell and Capella is a hard shell. Maxima and Rhea are not self-fertilising, but Maxima is popular among some Australian growers because of its large kernel. Nonpareil, also known as Californian Paper Shell, is the main commercial variety in the world.

National Breeding Program leader Michelle Wirthensohn said data collected from the three tertiary trial sites will be important this year as the trees near maturity.

“I get yield data from those guys and they’ve had the trees since 2013 so this will be a pretty good harvest and we’ll get a good idea of what’s performing consistently well,” she said.

“Usually maximum production is between year seven and eight so when we get full production we can compare apples with apples to see if they are better than Nonpareil consistently, which is the benchmark variety.”

Dr Wirthensohn – based at the University’s Waite campus – said feedback from commercial growers with the new varieties would also be important this year for the future expansion of the new varieties as their trees should now be delivering reasonable crops.

“The first big commercial crop will be this year of Carina and Maxima. Some of the growers got reasonable crops last year but the next thing will be the marketers will have to find markets for them or decide which categories they fall into.

“I usually get feedback from the growers who have planted them so this will be the big test year I think as they’re in their fourth leaf now.”

The United States is the dominant almond producing nation, growing about 80 per cent of the world’s almonds followed by Australia, Spain, Iran and Italy.

However, concerns about declining bee colonies, particularly in the US, have nurseries looking to new varieties – including those bred in South Australia – that do not require bees for pollination.

The decline in bee numbers in recent years has been blamed on a variety of factors including pesticides, climate change and parasites. The recent Australian bushfires also destroyed thousands of hives and important bee habitats.

The bee decline has coincided with a rise in global almond consumption and increased plantings that led to record production of 1.3 million tonnes in 2017/18. Five of the new varieties have also been sent to California for trials on American soil but are currently still in quarantine.

Dr Wirthensohn said any of the four self-fertile varieties were suitable in areas lacking bees, but they would also perform well when bees were present.

“I’ve proven in the orchard here by putting a cage over a Carina tree to completely exclude bees all season and it still set a huge amount of fruit,” she said. “They all carry the same gene and I’ve put small insect bags on all of them and they all set fruit so we can say that they all would do very well without bees if it ever came to that. 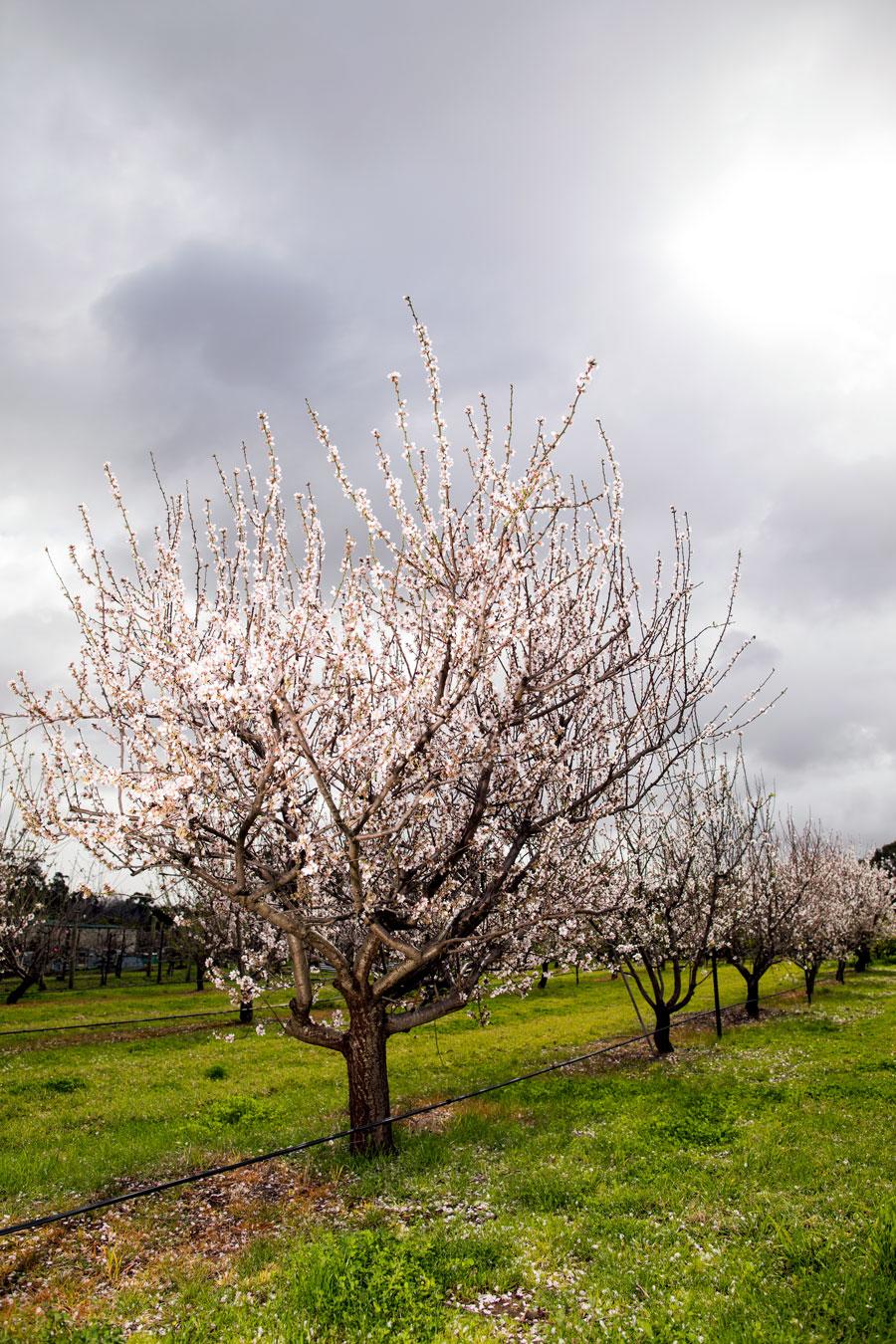 “I think the bee industry would still like to use almond trees because they are the first things out besides canola. But if there’s inclement weather and the bees aren’t flying the week that the almonds are flowering you still know you’re going to get a crop.”

Dr Wirthensohn said the next aim of the breeding program was to produce varieties which were resistant to common plant diseases that affect productivity such as almond hull rot and bacterial spot disease – which costs the industry millions of dollars in production losses each year.

“We’re also looking to increase the diversification of current varieties for the almond industry by 2023; incorporating a selection of new self-fertile varieties with larger kernels, higher yields and improved pollinators for Nonpareil,” she said.

“The Australian almond industry is expected to grow significantly over the coming years with this year’s production forecast set at 108,000 tonnes,” Dr Rajandran said.

“The development of new varieties will give growers more choice for their new plantings and re-plantings while increasing productivity per hectare and driving sustainability.”