As Dean of the Waite campus, Director of the Waite Research Institute and Head of the School of Agriculture, Food and Wine, Professor Mike Keller is a well known and much respected figure. As he retires at the end of this year, the Waite community would like to say thank you for his dedication and leadership, and wish him all the best for his future. He will be missed!

I came to the Waite as a Lecturer in Entomology nearly 31 years ago when the campus was a very different place. At that time, the Waite Agricultural Research Institute was a smaller place. Almost every academic was supported by a technician. Neither the Internet nor the RDCs (GRDC, Wine Australia and others) existed. We ate in the refectory in Urrbrae House or in the staff club that was upstairs.

Since then, the changes here at the Waite have been astonishing. Australian Universities changed as a result of the Dawkins era reforms. These led to the establishment of the Faculty of Agriculture and Natural Resource Sciences and the merger with Roseworthy College. SARDI was established and set up as a leading partner at the Waite. There have been many new buildings, building renovations, and internal reorganisations over the years.

The amazing growth and evolution of the Waite continues today. It remains a place of world renown for education and research in the fields of agriculture, food and wine.

Twice I have had the privilege of leading the University’s activities at the Waite, as joint Acting Head of School in 2004-2006 and again as Head of School, Director of the Waite Research Institute and Dean of Waite from 2014. Throughout those times, the responsibility for stewardship of this great campus has been something that has strongly motivated me. It has been an honour to follow in the footsteps of highly esteemed predecessors like Arnold Richardson and Harold Woolhouse.

Notwithstanding the tough challenges that the School of Agriculture, Food and Wine faces in future, I trust that my efforts have in some way helped everyone at the Waite – students, academics, scientists, general staff, co-located partners, volunteers – to achieve their potential, and thus to enhance the reputation and legacy of the Waite. I also hope that I have succeeded in making positive contributions throughout the University of Adelaide and in the broader community.

In retirement, I look forward to continuing my association with the Waite as an Emeritus Professor. 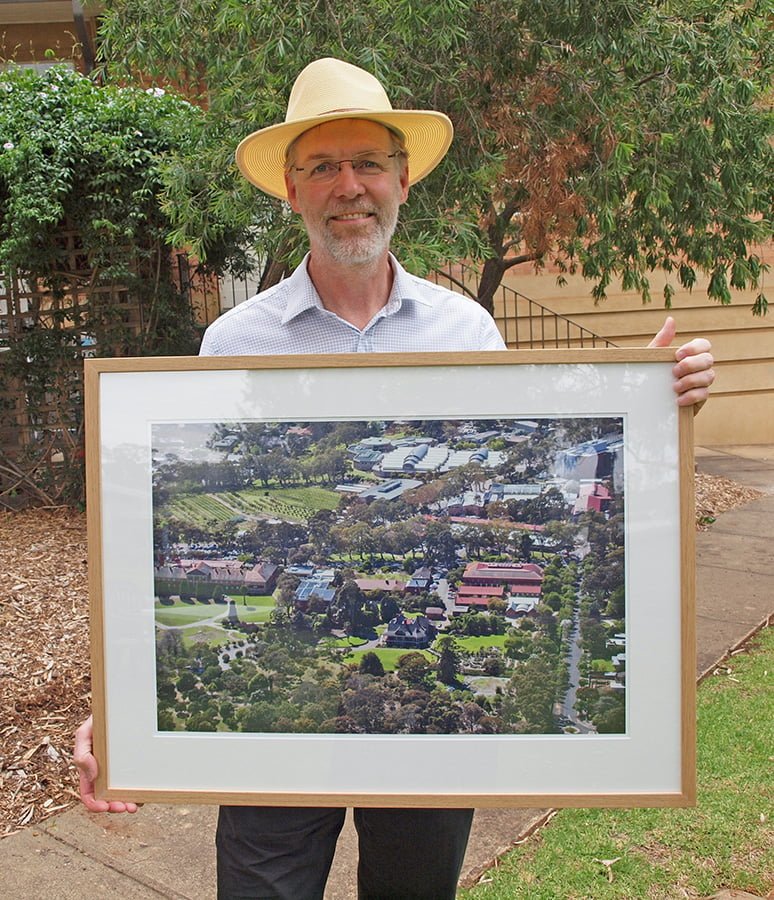 Mike was presented with a framed aerial photograph of the Waite Campus at the School AFW Christmas party.