Jim Quirk was the Foundation Professor of Soil Science and Head of the Department of Soil Science and Plant Nutrition at The University of Western Australia from 1963 to 1974. During this time he built a department which was probably the strongest in Australia and which attracted many significant international visitors. With the late Professor Posner, he supervised a large number of postgraduate students who went on to have outstanding careers. Jim Quirk was a renowned soil scientist who shaped soil science in Australia with a very large number of very significant scientific papers. In 1974 he returned to the Waite Agricultural Research Institute, at the University of Adelaide as Director until his retirement in 1989. 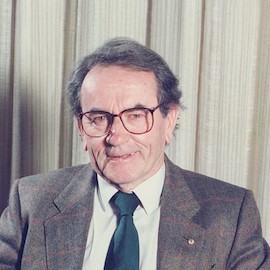