Colin Rivers: Reflections on 50 years at the Waite

His passion for his work is amazing. Over the years, Colin has enjoyed helping hundreds of postgraduate students with their studies, has a dogged determination to solve problems and in recent years has produced many new laboratory granulated fertilizer formulations for the FTRC.

We invited Colin to reflect on his 50 years at the Waite.

Before starting at the Waite, the majority of my working career was spent in the family market garden at Brighton. We were significant growers of cucumbers for the SA market, predominately grown in glasshouses and very labour intensive.

I always had an interest in agriculture and enjoyed occasional visits to the Waite Campus during my time at Urrbrae Agricultural High School. In 1967 I rang the Waite and enquired about a job. The switchboard indicated there were a number of positions available and I was put through to a Mr Barley, whose name sounded a bit unusual, but he was a real person.

I began working in the Department of Agronomy in February 1967. My colleagues included Kelvin Powrie, who pioneered the trace element work in the South East, Keith Barley, Angus Alston and Robin Graham. My roles were many and varied, ranging from large-scale field trials to fine-scale laboratory procedures, as well as organising student practicals.

The Waite had a significant number of farm staff and for field trials, it was not unusual to have 3 or more farm staff assisting with harvesting. Keith Barley’s and Angus Alston’s interests were in plant nutrition, the uptake of nitrogen and phosphorus and involved field trials, pot experiments, and solution culture. Robin Graham worked with trace elements. In the early years, I picked up a lot of engineering skills from Eric Leaney who was the first technician to be employed at the Waite in 1927. 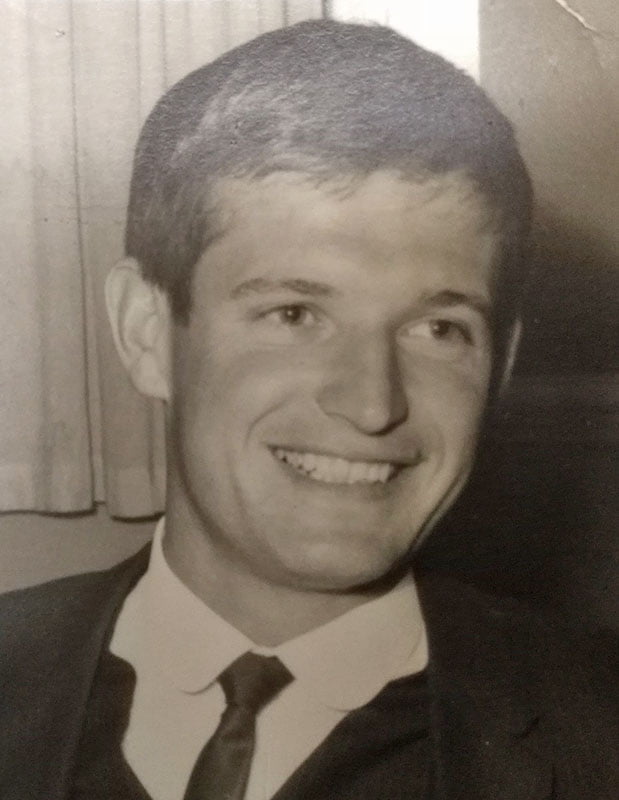 Colin Rivers in 1967, soon after starting at the Waite 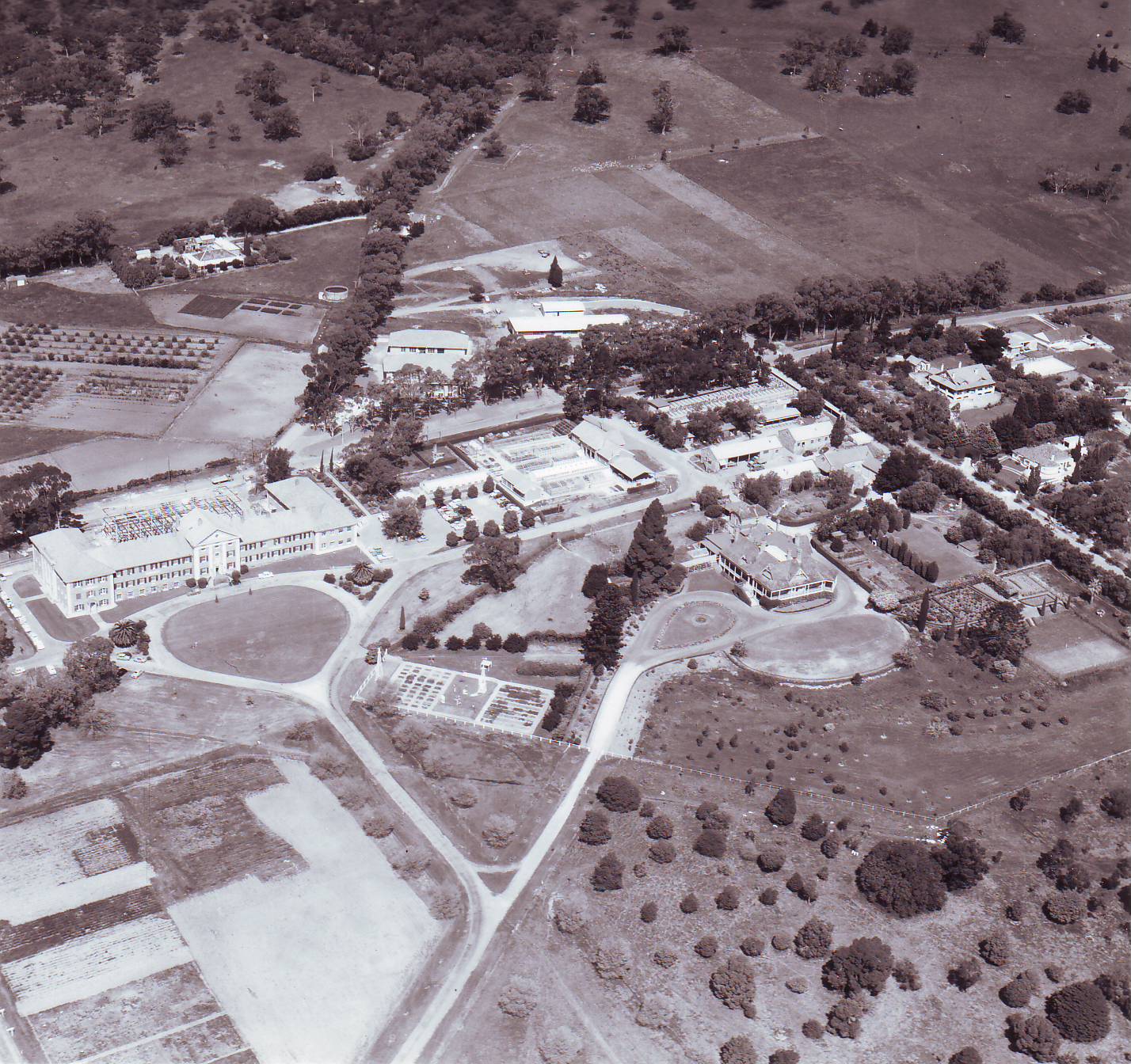 Aerial view of the Waite campus, 1970. Image, University of Adelaide Archives
Note that only half of the Waite building existed and very few of the existing buildings today were present. Colin has seen some big changes during his time at the Waite!

When the Department of Soil Science was formed in 1979, I became Lab Manager for a while, however, when the opportunity arose to work in research again I took it and continued working with Angus Alston until his retirement.

In 1989, I took leave for 6 months and worked in Yunnan Province in China, setting up a research laboratory for a large pasture improvement program. The Tiananmen Square protests occurred while I was there, which made the trip even more interesting. At that time there was a large Chinese movie production about the American Flying Tigers of World War 2 based in Kunming. As a consequence of the protests, most Westerners had left and I was asked to perform, for a week or so, as a World War 2 pilot. Unfortunately, I have never been able to track down the movie.

Since 2011 I have worked with Mike McLaughlin’s fertilizer research group developing new fertilizers and improving existing ones. The 50 years of working in labs certainly help in resolving experimental techniques and problems.

The research team is a multicultural and multi-generational group that has come up with some quite innovative ideas.  We have increased the availability of Zn in fertilizers and we have extended the access of boron and sulphur to plants over the growing season resulting in 3 international patents.

The Waite has been a great place to work. I have worked on a very large number of research projects involving multiple experiments and techniques. Each has had its own unique problems and the challenges of solving those problems have been very satisfying.  I can understand why many research workers become deeply involved in, and committed to, their work.

On the personal side. I have made, and continue to make, many enduring friends from all over the world. I enjoy helping overseas students when they start their PhDs.

As captain of the Fertiliser Mafia Bocce Team (pictured right), we have a firm grip on the Peter Waite Day Bocce Cup as back-to-back winners for the last 2 years.

I have been active in sports all my life and started competing in Surf lifesaving competitions in 1959. It wasn’t easy winning medals in the 1960s, but now in 2017 the competition has dropped off and I’m now winning!

Congratulations to Colin on this milestone from all at the Waite!