A team from the University of Sydney visited Dr Katja Hogendoorn’s group in the School of Ag, Food and Wine at Waite to show them how to balloon for bees.

The aim is to assess the density of feral honey bee colonies at the Waite, and at locations near Lenswood in the Adelaide Hills and around Keith. This is done by sampling individual male bees (drones), extracting their DNA, and looking at the number of different haplotypes in the local drone populations.

During summer afternoons, drones from nearby colonies form ‘drone congregation areas’ to mate with queen bees. These can be as large as 200m in diameter and up to 40m above the ground. The ballooning technique takes advantage of this behaviour to trap drones during their congregation flights.

A funnel-shaped net charged with dummy queen bees soaked in pheromone is attached to a helium-filled weather balloon. Congregating drones are attracted to the pheromone and trapped in the net.

At the Waite, the team will ground-truth the method over the coming few months, by also sampling workers from the feral honey bee hives and comparing the haplotypes with those of the collected drones. These data help determine where bees in a given area are coming from, how many colonies there may be, whether they are feral or managed hives, and whether all hives actually contribute to the drone community.

Because feral hives will be lost when the Varroa mite comes into the country, it is important to understand their current density and their importance for crop pollination. 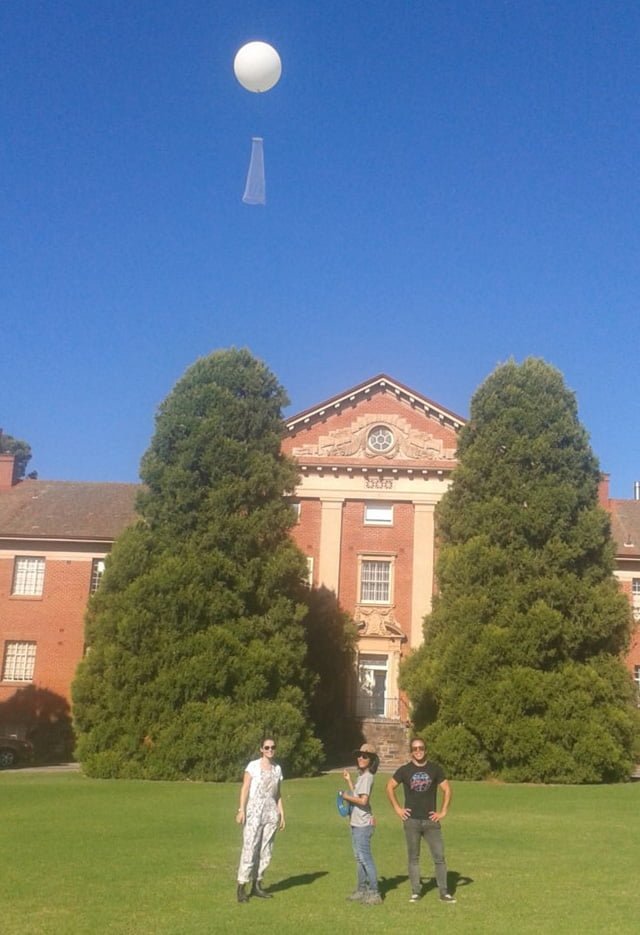 ^^ Collected drones in the net