Created in partnership with the Queen Victoria Museum and Art Gallery (QVMAG) in Launceston and the Australian Wine Research Institute (AWRI) in Adelaide, James Squire is set to release perhaps its most rare and special beer to date – a resurrection of the world’s oldest surviving beer, ‘The Wreck – Preservation Ale’.

A testament to its origin and history, ‘The Wreck – Preservation Ale’ has been crafted using 220 years old yeast discovered in the depths of Australia’s oldest merchant shipwreck – Sydney Cove – which ran aground in the icy waters surrounding Tasmania’s Preservation Island in 1797.

The concept to revive the world’s oldest surviving beer started with QVMAG’s own chemist-turned-conservator David Thurrowgood, who discovered the yeast in 2016 from beer bottles that had been salvaged from the wreck years earlier. 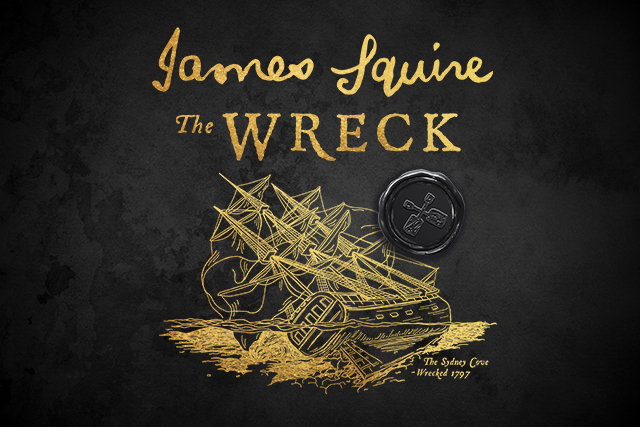 “As a chemist and conservator, this is a very special and important project for me. After QVMAG and the AWRI had worked together to isolate the yeast, I created an experimental brew in the QVMAG lab,” Thurrowgood said.

“Working alongside James Squire and the AWRI to bring it to life has meant that Australian beer drinkers will now be able to enjoy a taste of 220 year-old Australian history and become part of the history of the beer,” added Thurrowgood.

Managing Director of the AWRI, Dr Dan Johnson, commented that the wine scientists at the AWRI enjoyed their role in the creation of this unique beer.

“Applying skills honed working with wine yeast, we were able to successfully isolate and grow the yeast from the salvaged beer bottles and reveal its genetic make-up. The revived yeast was found to be a rare hybrid strain which differs from modern ale strains.”

Working with the yeast was a journey in itself for Haydon Morgan, Head Brewer at the Malt Shovel Brewery, whose team rose to the challenge of creating a beer from yeast that had a mind of its own.

“It was important for us to respect the yeast’s rich history and keep its integrity while using modern-day brewing techniques that we have at the Brewery to produce something that everyone would enjoy,” Head Brewer Haydon Morgan said: “This particular yeast was very temperamental and had a thirst for life so it took a lot of trial and error to find the right balance.”

‘The Wreck – Preservation Ale’ will be launched in scarce & limited supply GABS Craft Beer Festival in Melbourne (18-20th May) and Sydney (2nd Jun) and will also be on tap at James Squire’s new flagship Brewhouse on Circular Quay Sydney – The Squire’s Landing, which opens its doors in late May. The Squire’s Landing sits astride Campbells Cove – named aptly after one of the very traders Campbell of “Campbell and Clark” whose merchant vessel turned shipwreck ‘Sydney Cove’ has led to this very rare brew.

Brewer Haydon sums up the journey nicely – “Two centuries ago, this beer never reached its final destination. Today, we like to think The Wreck has finally made its way home”.