Australian scientists have confirmed that the Russian Wheat Aphid (RWA) now established throughout parts of the nation’s south-eastern cropping regions is a single biotype.

This new knowledge, achieved through research investments by the Grains Research and Development Corporation (GRDC), will underpin ongoing and future research efforts aimed at combating the cereal crop pest which was first detected in South Australia in 2016.

Now present in areas of SA, Victoria, Tasmania and southern New South Wales, RWA has been the focus of several unprecedented GRDC research investment undertakings which are providing the Australian grains industry with greater understanding of the pest and its potential impact, to inform management strategies.

Experiments to identify the biotype/biotypes of the aphid present in Australia and possible origin of the incursion have been led by entomologists Maarten van Helden and Greg Baker from the SA Research and Development Institute (SARDI), a division of Primary Industries and Regions SA (PIRSA).

Their work has concluded that the aphids present in Australia belong to a single biotype (having the same genetic make-up), named RWAau1.

Dr van Helden says the virulence profile of RWAau1 is nearly identical to the American RWA1 biotype which suggests that the origin of the incursion in Australia is either from the United States of America or from the same origin as the original RWA1 that was first detected in Colorado in the USA in 1986.

“Not only does this information help to identify the most likely geographical origin of the aphid, and the possible incursion pathway, but it also enables identification of the plant resistance genes – among the many existing overseas – that could be used by breeders to develop new resistant cereal varieties,” said Dr van Helden.

“While it is still important to know where, when and how this aphid has arrived in Australia (to avoid other incursions), it is even more important to know what ‘biotype’ or biotype(s) of the aphid have appeared in Australia, to be able to potentially develop sustainable integrated management strategies which include plant resistance as one tool.”

The biotype research involved screening the clones of aphid samples collected from 15 Australian RWA colonies in 2016. A set of 24 specially imported wheat and barley lines possessing known RWA resistance genes was exposed to the 15 RWA clones.

The experiment, which took place in the quarantine facility at the Australian Plant Phenomics Facility‘s Adelaide node, involved almost 7,000 plants which were infested with 34,000 aphids.

Dr van Helden said the results showed no significant differences in the virulence profile among the 15 clones towards the 24 cereal accessions.

“This suggests that they all belong to a single biotype. And the resemblance of RWAau1 with the RWA1 biotype means that all the resistance genes already developed and exploited in varieties in the USA against RWA1 could be used either directly (if imported through quarantine and adapted to Australian conditions) or – more likely – to improve Australian varieties.

“Some other resistance genes used in South Africa will also be efficient against this biotype. Since single (dominant) gene resistances have been overcome frequently overseas, the availability of multiple resistance genes means breeding efforts could consider creating accessions using more than a single resistance gene, which would reduce the probability of new biotypes evolving rapidly.”

In addition to experiments to determine aphid biotype, the GRDC has been investing in research to confirm susceptibility of commercial wheat and barley cultivars to RWA; assessing potential sources of plant resistance; RWA biology, ecology and economic thresholds under Australian conditions; an investigation into alternate hosts for RWA; trials looking at insecticide efficacy; and development of practical resources for growers and advisers.

Dr van Helden and Mr Baker have also led work focused on assessing sources of RWA plant resistance. A glasshouse experiment was conducted where diverse germplasm from around the world was screened using RWAau1 to determine potential sources of resistance that might be utilised in breeding new varieties.

Dr Lauren Du Fall from the GRDC, who has been overseeing key host resistance-related experiments, says through assessing sources of resistance and the biotyping work, it appears the Australian industry has access to germplasm with potential genetic resistance that could be developed through breeding to deliver Australian growers new resistant varieties, if that is considered to be an economically viable and sustainable approach to controlling RWA by commercial breeding companies.

“We are really getting on the front foot here to provide breeders and industry with all of the information necessary to make informed decisions on the most appropriate strategy to manage RWA as an endemic pest to south-eastern Australia,” Dr Du Fall said.

Dr Du Fall said it must be remembered that while plant resistance has been deployed as a management strategy in areas of the world where RWA is a serious risk, the aphid has responded through the evolution of new biotypes attacking these resistant plants.

The GRDC is therefore emphasising that genetic plant resistance will not be “the solution” to RWA control, but it will form part of an integrated pest management strategy that includes green bridge management, agronomic practices, strategic use of insecticides, and exploitation of natural enemies of the pest.

While the introduction of RWA presents yet another pest for growers to control, experts supported by the GRDC believe it should be a manageable pest. RWA management options for growers are outlined in the comprehensive Russian Wheat Aphid: Tactics for Future Control manual, which has been published by the GRDC and is available here. 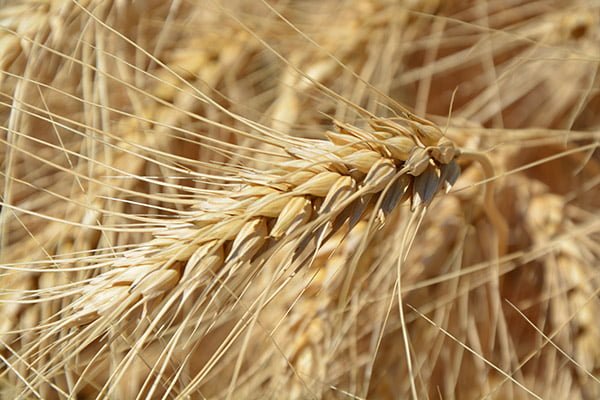